School of Electrical and Electronics Engineering

School of Chemical and Biomedical Engineering

Have you imagined of carrying a laser in your cell or body? Lasers are ubiquitous in our daily lives from industry, communication to medicine. The scale of lasers has also shrunk down to micron and nanoscales. As the scale of laser become smaller, the functions of lasers have also been redefined by transforming living biologicals into microscale lasers (living lasers). Such tiny lasers could therefore be used to detect or monitor critical chemical or physical signals in living cells or human body with distinctive sensitivity and intensity. In this talk, I will introduce the recent development of biological lasers and showcase how this interdisciplinary technology bridges laser physics and biology to tackle biomedical sensing and imaging problems. In the first part, the talk will be focused on its application in detecting cancer and neurological diseases. In the second part, I will introduce how tiny lasers can be transformed with intelligent functions for information encoding and healthcare. Finally, discussion and outlook will be made on the strategies to pioneer novel on-chip and wearable laser devices for future medical diagnosis and bio-intelligent technology.

Prof. Yu-Cheng Chen is currently a Nanyang Assistant Professor at School of EEE and SCBE in Nanyang Technological University, Singapore. He received a BS degree in National Central University, Taiwan, MS in National Taiwan University, and Ph.D degree in Biomedical Engineering from the University of Michigan, Ann Arbor in 2017. He is well-known for being the first student to receive PhD degree in 2 years throughout the school’s history. He is the recipient of 2021 MIT Under 35 Innovators Award. His research focused mainly on the development of novel photonic sensors, optical microcavity, biophotonics, bioimaging, and on-chip laser devices for next generation biomedical applications. He has already published more than 60 top journals and proceedings, all of which are widely reported by more than 300 news outlets worldwide. Being as the leading pioneer in the field of biolasers, Prof. Chen’s research group is devoted in inventing novel tiny lasers with programmable and intelligent functions for on-chip disease diagnosis, neuro-analysis, and cancer detection. 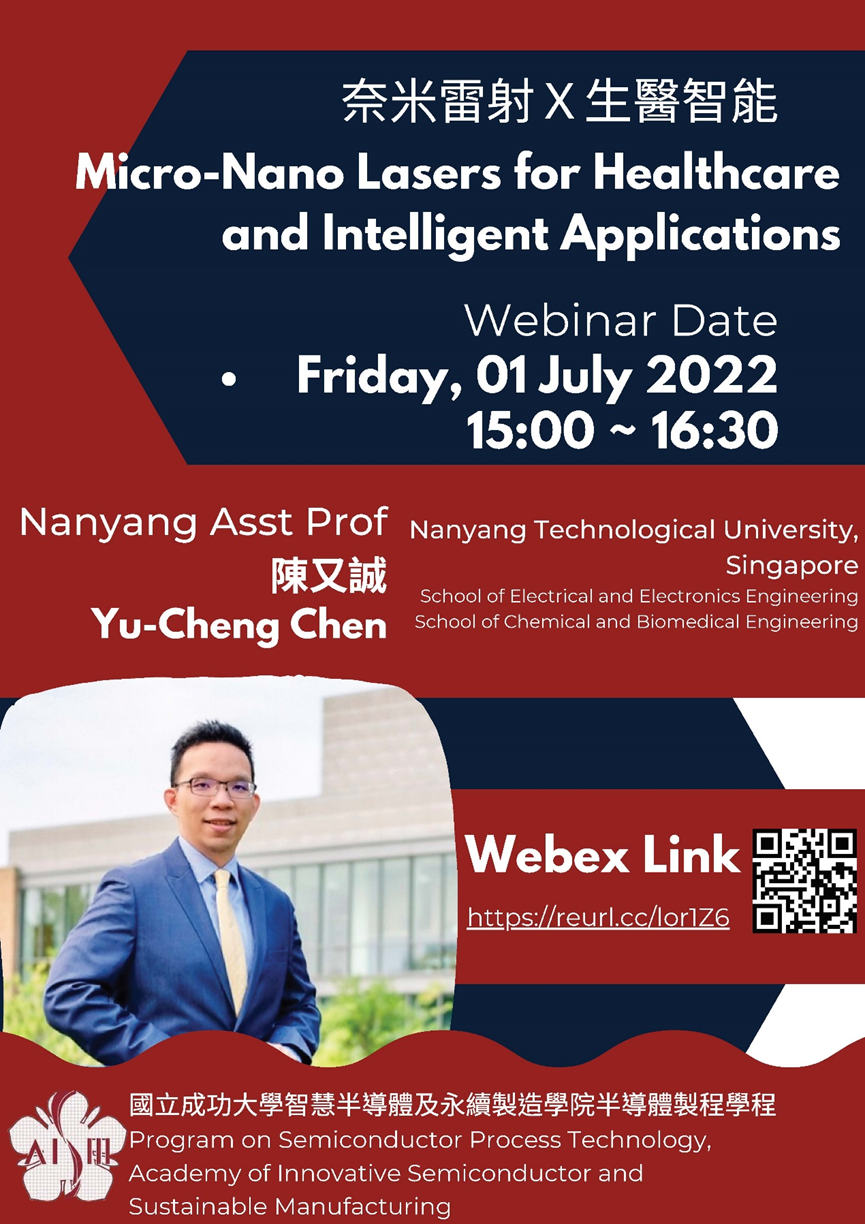